This analysis offers the rating of smartphone producers and sale trends based on the most objective data: the capitalization growth and market shares of the leading players.

Let’s start with Apple
Due to its flagship iPhone 6 Plus Apple managed to take hold on the largest channel, and namely on the Chinese one.
Apple ended 24.08.15 regular trading session down 2.5%
Apple was in the green 24. 08.15 afternoon for a while after chief executive sent an email to CNBC's Jim Cramer unprecedentedly.
Cook declared that Apple's business is going well in China, acknowledging investors' concerns. After the email was sent, Apple stock was up by about 2%.
Subsidy of mobile carriers – the best channels for customers to buy at affordable rates.
Many carriers have been scaling back on their subsidy programs or extending upgrade cycles, and Apple could be impacted, given its higher price points.

Number two: Samsung .
Its flagships are: Samsung Note, Samsung Galaxy S6.
Samsung Electronics Co., Ltd. Operates through the following business divisions: Consumer Electronics (CE), Information Technology & Mobile Communications (IM), and Device Solutions (DS). The CE business division is equipped with cable television, monitor, printer, air-conditioners, refrigerators, washing machines, and medical devices. The IM business division offers handheld products, communication systems, computers, and digital cameras. The DS business division comprises of memory, system large scale integrated circuit, and light emitting diode. The company was created on the 13th of January 1969 and is headquartered in Suwon, South Korea.
Current valuation down from $200 Billion, slumped to a 10-month low on disappointment with its latest smartphones to challenge Apple.
The stock dropped 4.9 percent under 1,000,000 won on Monday. Samsung has fallen 20 percent this year and is headed for its third straight annual decline.
Samsung brought to view the Galaxy Note 5 and S6 Edge Plus with a wraparound screen last week as it tries to revive profit growth and regain sales from Apple and Chinese producers Xiaomi Corp. And Huawei Technologies Co. The 5.7-inch (14.5-centimeter) screens and addition of a mobile payment service designed to help Samsung stand out from the range of affordable mobile devices using the same Android operating system.
Where the prices are lower?
After eliminating subsidies and service contracts a couple years ago, T-Mobile has invented a new kind of lock-in with its Score program.
With Score, you pay $5 per month on top of your existing T-Mobile bill in exchange for a discount on your next upgrade. After six months, subscribers can get an entry-level 4G smartphone free of charge. After 12 months, subscribers get a discount on any phone in T-Mobile’s lineup.
On the entry level, for example, T-Mobile is offering the Alcatel OneTouch Evolve 2 (regularly $79) at no extra charge after six months, for a discount of $49. The discount after 12 months depends on the phone, with T-Mobile listing $100 off Samsung’s Galaxy S5

Most growing phone producer: Xiaomi
While Xiaomi has yet to surpass Apple, it’s gobbled up market share in Asian markets and is increasing sales at a faster rate than any of the top five producers of smartphones. In the third quarter, Xiaomi shipped 17.3 million units, up more than 200% from the same period last year.
Xiaomi's model could end up disrupting the traditional ways smartphones are sold across the world. To further make costs lower, Xiaomi has shunned traditional ways of selling phones using physical stores and commercial ads. Instead, the firm sells its products mainly on the web, and has cultivated a growing fan base to help promote its products. It hopes to eventually sell software and virtual goods on its devices as a way to increase the profit.

Unprecedented partnership.
Uber will deliver Xiaomi smartphones in Singapore and Kuala Lumpur in the first partnership between the 2 world’s most valuable technology startups.
Customers can order the Mi Note with a 5.7-inch screen through Uber’s application a day before the device is available on Xiaomi’s own website.
Vendors are also focusing on delivering high-end devices that command better pricing and cater to customers looking to upgrade in a saturating smartphone market. For example, value handset champion Xiaomi has been increasingly launching well reviewed high-end models such as the Mi Note and Redmi 2.

New sales channels.
Since 2014 Xiaomi has started expanding its products on a global level by sending its products to places like Singapore and India.
Online Channels: Amazon, pricebaba.com, eBay, Flipkart and EU resellers like www.Mistorage.eu

HTC had about 10% of the global smartphone market share. It had a measly 1.4% share in the second quarter of 2015, according to Counterpoint Research.
HTC was placing reliance on selling high-end models in emerging smartphone markets such as India, where he said the company has a 20% market share of phones priced between US$250 and US$400.
Speaking at about 17%, capturing second spot behind Samsung in the second quarter.
Globally, HTC has lost the fight to Lenovo and Huawei.

Xiaomi topped Rating due to his growing capitalisation and popularity.

Since the spring of 2015, the ruble will rise to 50 rubles per dollar. Because a sharp reduction of foreign debt of Russian companies this year - will reduce the demand for the dollar in 2015 to pay debt.
And other reason: the fall in oil prices will stop, due to the fact that cease production of shale oil, the cost of which is $ 50 per barrel.
And the third reason is the strengthening of the ruble - import under the current devaluation scale - it will continue to decline, which means less to buy imported goods, they are too expensive. That is, will the excess of dollar liquidity: in the companies accounts, and especially in the population savings, which has already transferred almost all of their deposits in dollars.

But, in the second half of 2015, ruble will start his weakening, cause by global market slowdown and oil price dropping, prompted by fears over Chinese growth. It will compounde economic challenges posed by Western sanctions to Russia.

Bottom line: the new outflow of capital will begin since august 2015. The ruble/USD may become and more than 100 rubles to the dollar 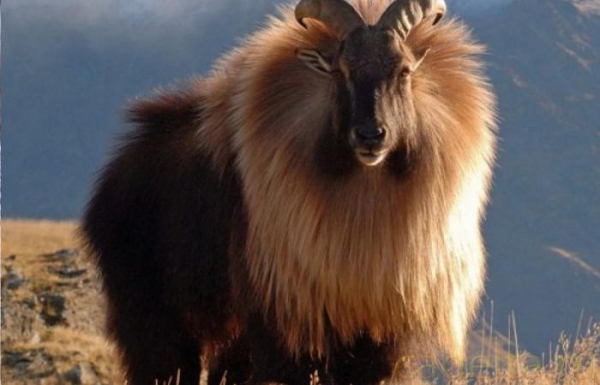 oDesk and Elance today announced the signing of a definitive agreement to merge with each other. Both companies are leading marketplaces for online work, connecting businesses with talented freelancers in real time. Their combined efforts will empower people around the world to connect and work together in unprecedented ways, generating new levels of work freedom for freelancers and access to top talent for businesses.